Tarnue Kerkula comes with humility and is a willing to serves the Public in his capacity as a Liberia National Police (LNP) Officer.

His Work with in the law enforcement sector cannot only being seen visible but is a pragmatism among Liberians struggling to build a resilient security sector.

From his interaction in community base initiatives, most especially promoting community policing in hotspot across Liberia, Kerkula was earmarked as a dedicated personality by cross sections of Bowier Trust Foundation Staffs and have accepted this honor with proud to do more to public service.

Kerkula currently serves as General Commander of the Zone Eight Depot In Paynesville. 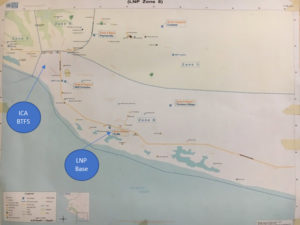 “I am a son of Liberia and hailed from Lofa County, Kolahun District, a devoted Christian who is married. I serve as Chief Superintendent for the past eight years and I am a student of the University of Liberia studying Public Administration Major and Management Minor”

I am among the first class graduates of community policing of the Liberia National Police  and a servant of the community which he serves.”

Tarnue Relationship and Experience with Community

“ I take people within my community to be my bosses because it is my pleasure to serve people.

As a resident of Freedom-Land Community in Paynesville City, I have always find myself in services, ranging from school, church, private security and now the Liberian National Police force in serving my nation”

As a servant, he feel disheartening when people are abuse in all forms and manner due to vulnerability.

“I feel it is my duty to serve my nation, especially where people are left vulnerable and abuse and they need assistance. I feel that if indeed I just sit at the bench and watch, I will have no input.

I feel that the only way to give relieve to my citizens is to form myself part of the service agency, and this agency is the Liberia National Police which I see as the best because they interact with the public on a daily basis.”

As a passionate worker and once member of the boy-scout, he feel that the police will make it easily for him to work in the community, saying I am very proud because I am not a Commander that sits in office and give command, but I am always on the field.”

A 15 years of service to the Liberia Police is quite significant but Tarnue feels he still have more to offer his country.

“I am in my 15 years of service to the LNP and I have made significant difference.

When I joined the Liberia National Police, Paynesville was the most high crime breeding area in Montserrado”

“In 2004, we had a group of criminals call ‘Asakaba’ in the Redlight area located in Paynesville who frustrated people, take away people materials and beat them and sometimes abuse them. But after I found myself in the position to rescue, I ensure that they were remove from that area”

The criminals used a gospel song commonly sang in Liberiann churches for praise and worship called “Lift him up higher, lift Jesus up higher” to implement their deeds.

They sang as they attack someone passing through a route that they were stationed “Lift him up higher; bring him down lower, what you have money, give us it, yes sir”

“While serving as Commander of Zone nine in Redlight, I was able to work with the community police to bring down many hardcore criminal gangs in Paynesville, including the notorious ‘Turtle Base’ and things are still working up to now.”

In 2014 – during the EBOLA crisis – Commander Kerkula began working with by then UNPOL Peacekeeper, Police Captain Felix Walz, later founder of the Bowier Trust Foundation, and became close friends with him. Kerkuka has used Bowier Trust Foundation as a limelight to create massive awareness and stronger relationship in various community.

“I must be grateful to the all mighty God, because with the Bowier Trust Foundation which is an NGO that really embrace this concept and support our ideas.

And this concept initiated by Bowier Trust has been supported 100% by our political Representative, Hon. Samuel Enders and as for now, we have a listing of over 210 persons willing to form part of the community policing force” (vigilante units).

“We believe in capacity building, and we are doing the vetting of the men; we will be training them in community policing and information sharing, human rights, our constitution and how to applied force as well as the limitation of their powers and Code of Conduct.

Mobility remains a challenge not only to Supt. Kerkula’s command of the LNP,  but to several other security sectors.

“Mobility is a serious challenge, but in so doing, the limited resource we have is used to provide service to our people.

Some communities are not layout, so in case of incident to get easy access in responding on time will not be accurate.

We want BTFS to help in that direction for us and to also help us with at least three laptops that will help us easily carried out our work, because we are in the digital age.”

These materials according to Supt. Kerkula will help with fast information sharing.

Concluding, Kerkula named BTFS – Police – Motorcyclist relationship as vibrant, which he noted have created a stronger partnership between the two group more than ever before, but stressed the need that more training be done