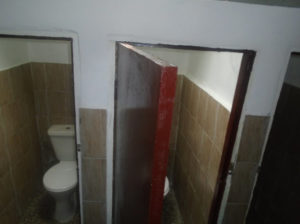 These WASH projects, according to the organization, falls within its three pillar of contributing to the health Gesundheit, security and education sectors of Liberia and was funded by Rotary Club Switzerland.

Deputy Minister for Foreign Affairs at the Ministry of Foreign Affairs, B. Elias Shoniyin sees the project as a great contribution to the Liberian Government quest to ensure better living condition for its citizens.