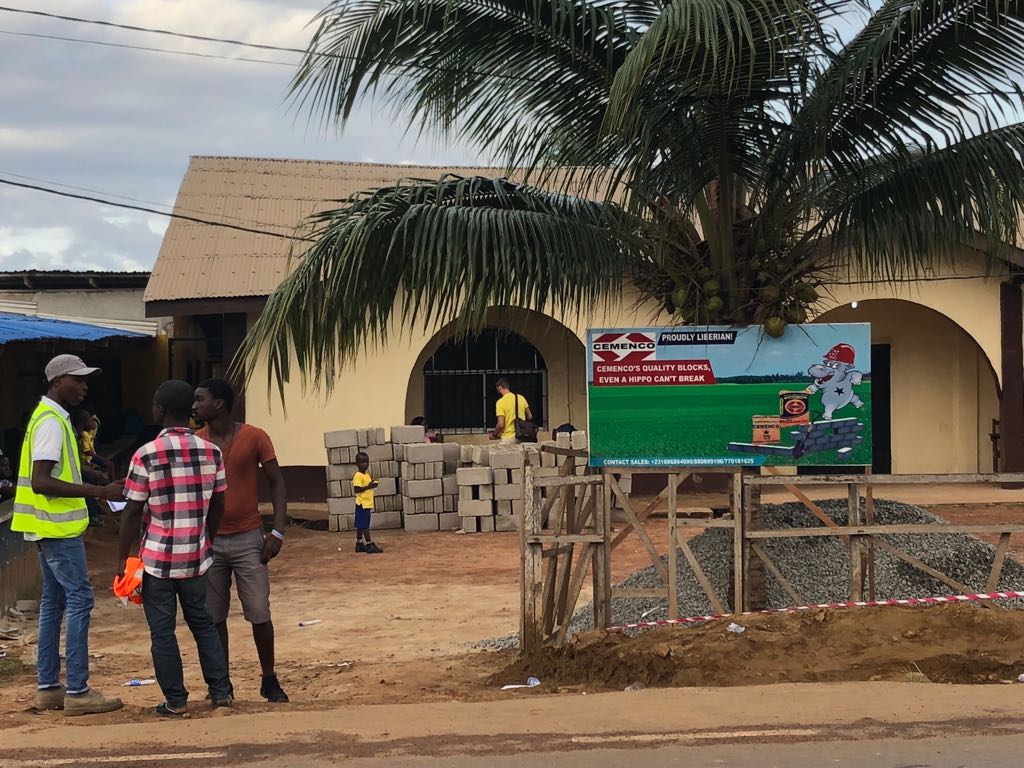 Liberia’s giant producer in cement has agreed to provide 1,200 bags of cements to help implement the water and sanitation project at ICA. The agreement follows the climax of a discussion between BTFS President Felix Walz and its Administrator Hamnson Gaye among other figures. The discussion was far initiated by Rotary members in Switzerland with the head of Liberia Cement Corporation (CEMENCO). Walz named the gesture by the Liberian cement producer as helpful and a great move to implementation of the NGO pilot project at SD Cooper Community, Paynesville.

Read more about our project for water supply and sanitation infrastructure at ICA (Imanuel Church Accademy) in the SD Cooper Community.  We are deeply grateful for the valuable support of Butti Bau and Engineer Michael Stutz from Butti Bau!

Liberia Cement Corporation (Cemenco) operates one grinding plant in the capital Monrovia. The company is one of the main suppliers in the country. The engagement dates back to 1968, and the number of employees is approximately 60.

Cemenco has established a network of 30 distributors, 5 of which serve rural Liberia and the rest are located in and around Monrovia. Distributors provide their own vehicles for transporting cement to their depots.